A letter signed by Steve Jobs in which he accepts an ‘insanely great’ job offer is estimated to sell for over $25,000 at auction this month.

The letter, signed by the former Apple boss, offers him a position with NeXT Computer Inc. on November 14th, 1991.

The two-page typed letter offers him the title of President of Chief Operating Officer, a $250,000 salary, and an extensive list of benefits including 660,000 shares of NeXT’s common stock.

‘Above the signature line is typed: ‘I accept this insanely great offer !!!’

Several pieces of memorabilia linked to Steve Jobs career is to go up for auction, including an Apple keyboard, signed by co-founders Jobs and Wozniak. 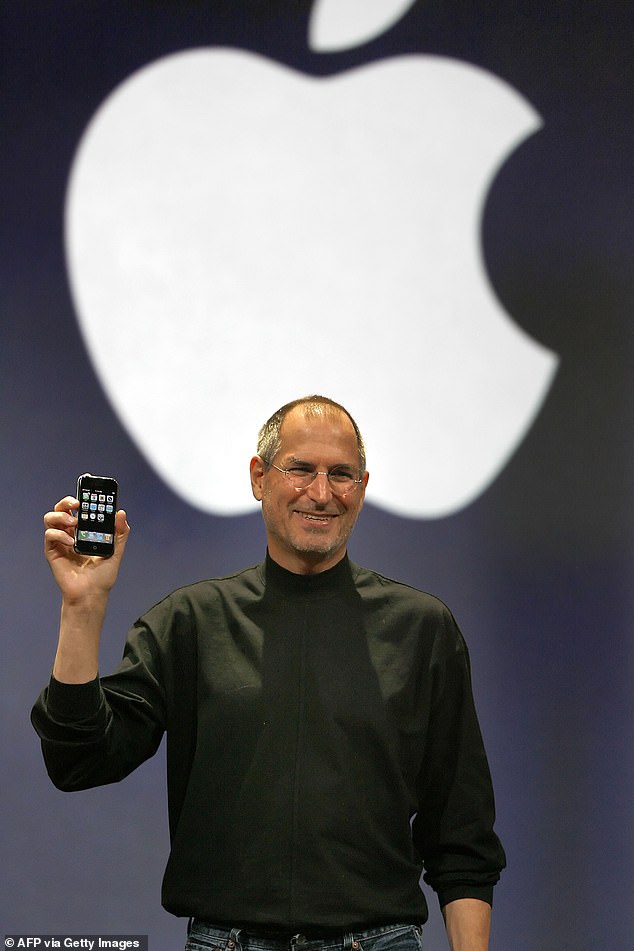 The acceptance letter, which is expected to fetch up to $25,000 at auction, is signed by the former Apple boss Steve Jobs, accepted a role at NeXT Computer Inc. 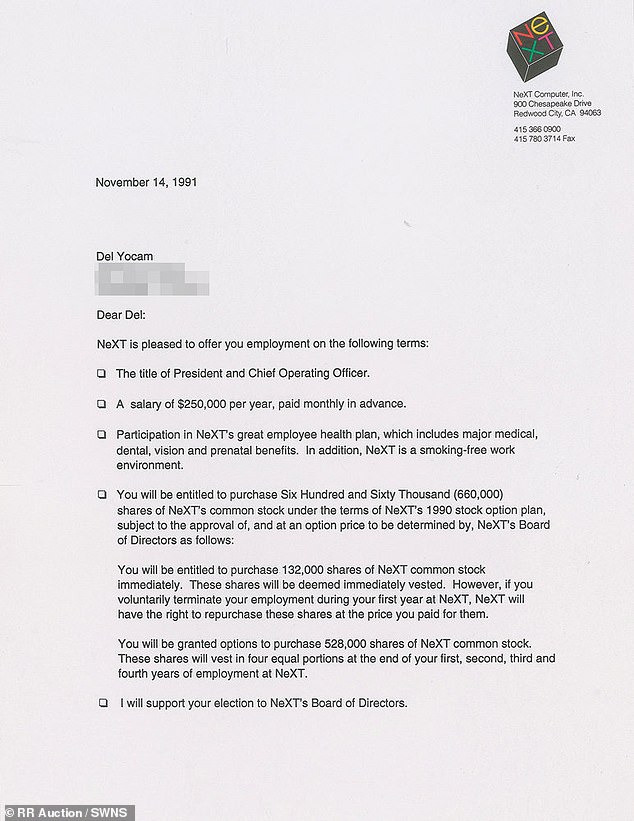 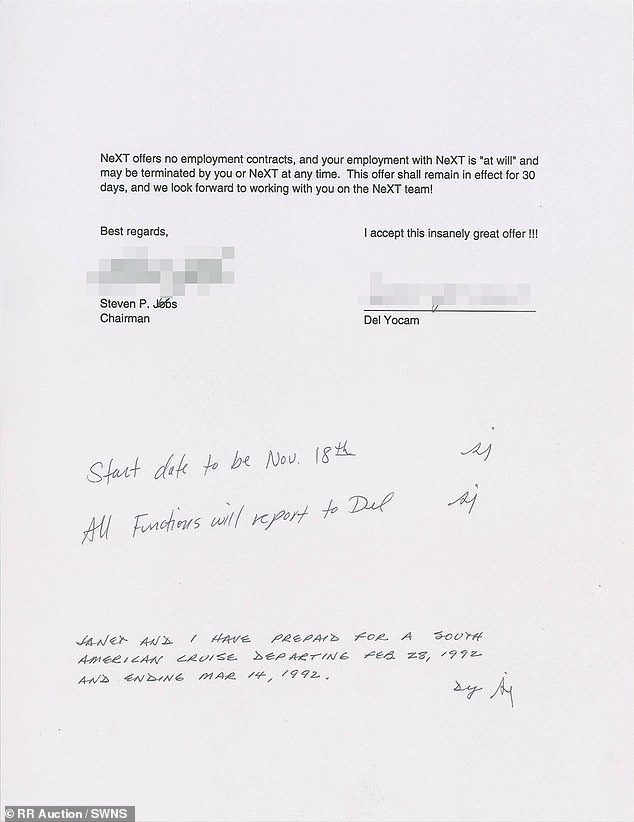 The typed out letter is signed by Steve Jobs in which he says ‘I accept this insanely great offer !!!’ – which later became known as a famous ‘Jobs-ism’

A spokesperson for Boston-based auctioneers, RR Auction, said: ‘Insanely great is a famous ‘Jobs-ism’ that was used to introduce the Macintosh.

‘Letters signed by Steve Jobs are ultra-rare. We’ve been in business for more than 40 years, and this is the first that we have seen,’ said Bobby Livingston, Executive VP, at RR Auction.

The letter is a particularly important mark in Jobs’ career as the company NeXT led him back to Apple, which he founded and is credited as making it the most valuable company in the world today.

Jobs resigned from Apple in 1985 following a bid to get rid of the then CEO John Sculley, who he had lured away from his job at Pepsi-Cola. 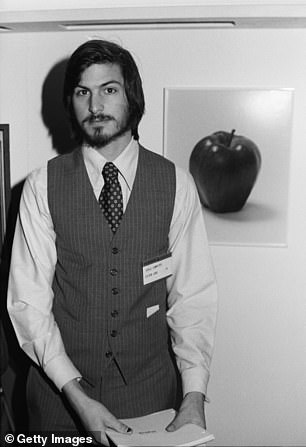 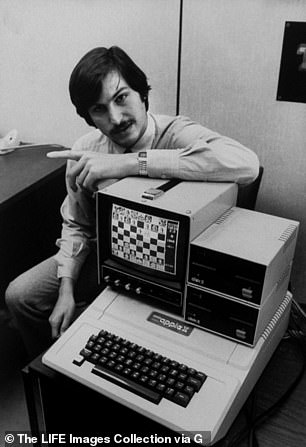 Jobs co-founded Apple in 1976 and after several years at the company, resigned to start his own venture NeXT in 1985. Pictured: A younger Steve Jobs during the early years of Apple 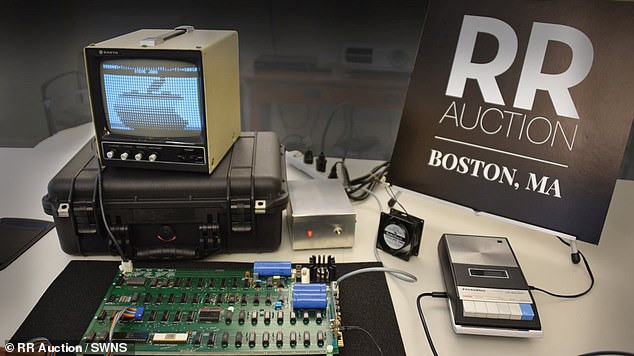 As well as the letter, a range of other tech equpiment, some of which is signed by co-founders of Apple Steve Jobs and Steve Wozniak

An Apple keyboard, signed by Jobs and Wozniak, that is estimated to sell for over $30,000

After Apple failed to defeat the IBM PC and it appeared the two men had very different visions for the company, Jobs tried to get rid of Sculley but his plan was uncovered and he said he would resign.

Instead he and took a number of Apple employees with him and founded NeXT with $7million – developing a computer which was technologically advanced but largely dismissed.

Meanwhile, Apple made numerous failed attempts to modernize their technology, before it decided to purchase NeXT for it’s NeXTSTEP operating system in 1997 – which saw jobs return to the company he once founded.

‘Apple purchased NeXT in 1997 for $429 million and 1.5 million shares of Apple stock, with Jobs, as part of the agreement, returning to the company he had co-founded in 1976.’ 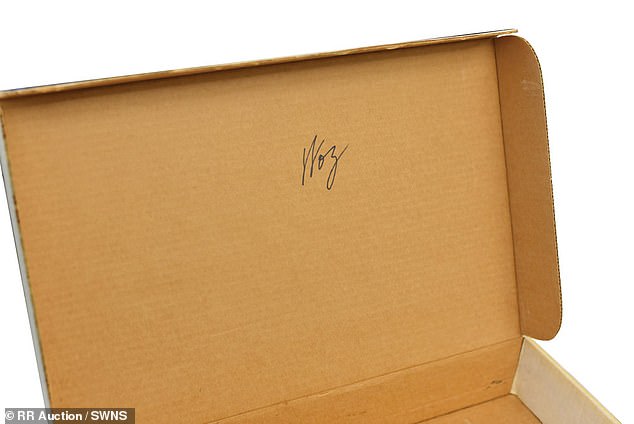 Among the collection is a fully operational Apple-1 Computer, with its rare original box, signed by designer Steve Wozniak 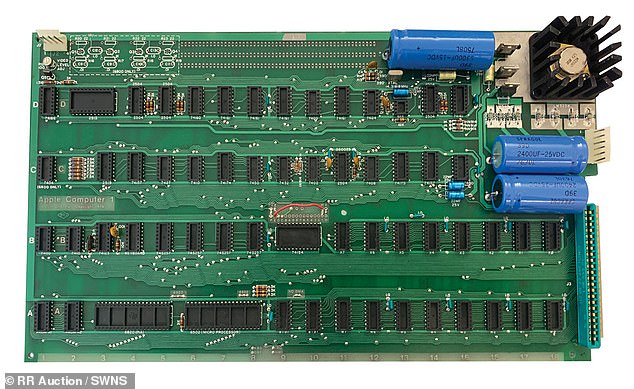 Along with this document the auction will provide an array of other memorabilia related to Jobs’ career.

Additionally, there is an Apple keyboard, signed by Jobs and Wozniak, that is estimated to sell for over $30,000.

Also on offer are Wozniak’s Apple rainbow glasses, estimated to sell for over $1,000.

The sale began on December 10th and will last until December 17th.