Editor’s note: Djoomart Otorbaev is the former Prime Minister of the Kyrgyz Republic, a distinguished professor of the Belt and Road School of Beijing Normal University, and a member of Nizami Ganjavi International Center. The article reflects the author’s views and not necessarily those of CGTN.

Quantum computing is heating up as a growing number of entities race to benchmark and commercializes this technology. On June 28, the ArXiv magazine published an article, which reported the creation by Chinese scientists of a superconducting quantum computer named Zuchongzhi, which they called the most powerful in the world. The two-dimensional quantum computer consisted of 66 qubits, and the scientists used 56 qubits to solve the problem of sampling the output distribution of random quantum computer circuits. According to the developers, the computer coped with this task in just 1.2 hours, while the most modern computers would have taken eight years to complete this task.

It is now clear that quantum computing technology is rapidly gaining momentum. And it is becoming evident that quantum processors can solve various tasks billions of times faster than most modern computers. A Boston Consulting Group (BCG) report states that quantum computing could “change the game in such fields as cryptography and chemistry (and thus material science, agriculture, and pharmaceuticals) not to mention artificial intelligence and machine learning, logistics, manufacturing, finance, and energy.” Many companies such as Visa, JPMorgan Chase, and Volkswagen are actively experimenting with quantum technologies even at the current early stage of their development.

Goldman Sachs recently announced that they plan to implement quantum algorithms for pricing financial instruments within five years. High-tech companies such as Google, IBM, Intel, and Honeywell have started to invest heavily in new technologies and are trying hard to commercialize them. In 2019, Google declared Sycamore quantum computer with a 53-qubit processor was able to solve a problem that a regular computer could handle in ten thousand years. In June 2020, Honeywell created a 64-qubit quantum processor. Intel has installed a quantum processor on a silicon chip, and the IBM quantum processor cloud platform is getting available to developers and programmers.

Chirag Dekate, vice president of technology research firm Gartner, believes that public cloud providers such as Amazon, Microsoft, and Google actively invest in next-generation quantum computing. They find it increasingly challenging to achieve performance gains with traditional chips. Gartner estimates that by 2025, nearly 40 percent of large companies are expected to be ready to embrace quantum computing actively. According to Research and Markets, another research firm, the global quantum computing hardware market will surpass $7.1 billion by 2026. 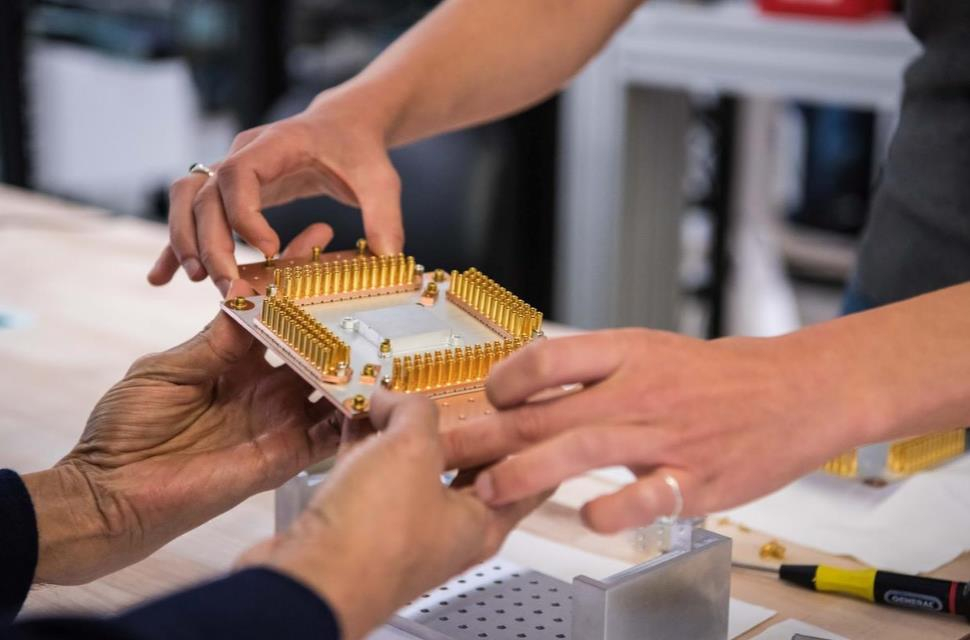 A recent BCG study found that the quantum computing sector received $1.15 billion in investment in 2018-2020, nearly double the amount in all prior years. However, in 20 years, the new industry will create up to $850 billion in value. Honeywell gives an even more optimistic outlook. They predict that the quantum industry will reach $1 trillion in turnover in the coming decades.

In its July 14 article in Nature, Google claimed that its Sycamore quantum computer could detect and correct computational errors, an essential step for large-scale quantum computing. Julian Kelly of Google AI Quantum said that this progress means that the company will soon be able to create practical and reliable quantum computers. “This is basically our first half step along the path to demonstrating that. A viable way of getting to really large-scale, error-tolerant computers. It’s sort of a look ahead for the devices that we want to make in the future.”

Dario Gil, director of IBM Research, recently said that 2023 would be a watershed moment in that the errors of quantum computers will continue to decrease exponentially with software, not just hardware.

Perhaps it can be argued that now there is no longer any doubt that scientists and engineers will soon create commercial quantum computers. The companies and countries are betting big on this technology. The question is, who will get it first. But in any case, unique opportunities in the latest developments and newest discoveries will open up before humanity quite soon.

(If you want to contribute and have specific expertise, please contact us at opinions@cgtn.com.)